In the past month there were again many fun activities planned. Curious about what we organized? Then read on!

On Thursday, March 3, the Kidsday took place with children of Quiet. It was organized together with TSR Vidar. We were allowed to use sports and games equipment that Decathlon Tilburg was willing to lend us. At the end of the afternoon the children also received a goodie bag to which several study associations and Het Vierde Geschenk donated something. On behalf of Serve the Kids and TSR Vidar we would like to thank Decathlon Tilburg, Het Vierde Geschenk and the study associations for the sports and games equipment and the goodie bags. The kids were very happy and had a great afternoon.

Friday, March 11, it was time for Serve the Green’s ghost tour with first-year students from Campus013! The committee had put together an exciting trip that reflected the topic of sustainability. For example, the assignments were linked to water waste and the homemade snacks were completely vegan! There were also plenty of scary moments along the way, so not only the students and staff, but also the creeps had a successful evening. Serve the Green would like to thank the accompaniment of Campus013 and is already looking forward to another edition!

On Thursday, March 10, the Etiquette Dinner took place! Together with Fraction Front, we organized a dinner for the Tilburg student councils. During this evening we learned about etiquettes and enjoyed the delicious food and drinks. Thanks to this evening we raised an amount of 1500 euros, which will be spent entirely on the children’s festival in June. We want to thank all attendees for their attendance and contribution. Thank you very much! 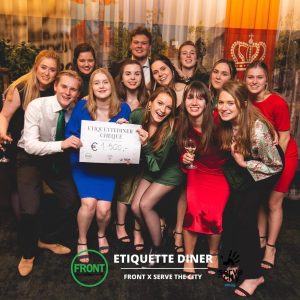 On Saturday, March 12, we participated in the NL Doet Dag! On this day, people from all over the Netherlands dedicate themselves to their neighborhood. Our volunteers helped the Fokker Park in Tilburg and the surrounding area to make it litter-free. All in all it was a fun day! 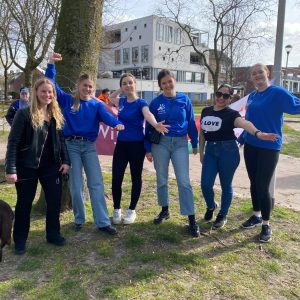 Past Thursday the 17th of March we serve the wisdom organised a symposium called “Altruism: What’s in it for me?” together with our friends of Studium Generale, Via Fidei, Rode Kruis Studentendesk and Fractie SAM. There were three speakers with three different perspectives:
First there was Philine van Overbeeke who talked about creating values through volunteering. Afterwards there was Willem van der Deijl-Kloeg who talked about doing altruism better. The last speaker was Willem Sleegers who talked about the psychology behind altruism. The last section of the symposium consisted of a panel of four student volunteers who discussed a few statements and talked about their own experiences.
The symposium was recorded and can be watched (or rewatched) through this link. 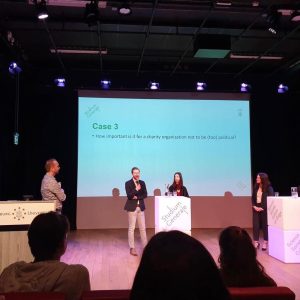 On Wednesday, March 16, Serve the Green organized the second edition of the ‘Green City Tour’ together with the Vegan Student Association. The participants gathered at the LocHal and went in groups together with a committee member past all kinds of sustainable hotspots in Tilburg, namely: the Reshare Store, Petra’s Vintage Clothing, WAAR, Wereldwinkel and Ekoplaza. In addition, all participants enjoyed a vegan snack at the Couscous Bar, Focus Foodbar and Steck013. It was a super informative and fun afternoon! On behalf of the organization we would like to thank all the hotspots for their hospitality! 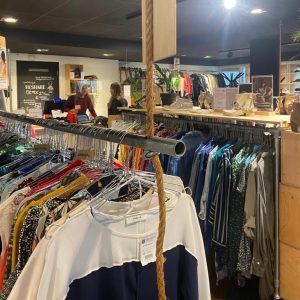 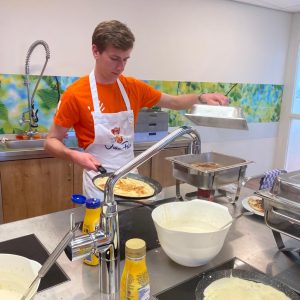 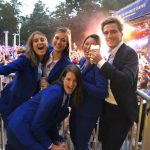